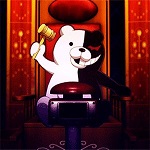 Yoshi stood on the balcony and watched the sun rise, puffing quietly away on his pipe with the delicious feeling of enjoying something that he shouldn’t.

Look gaki, there’s deals all around if you know how to look. An honest fishmonger will sell the day’s catch. A clever fishmonger sells his neighbor’s fish for him.

When Yoshi had headed to a miai, he had placed himself on the market square and, well…

He almost felt bad. Where he was now had nothing to do with his particular cleverness or a grand plan, in fact, all of his plans had wound up for the most part in a grand failure.

Aimi, despite his guesses, was not a disgraced samurai from a Major clan or one undergoing a pilgrimage, to be scooped up while her value was low. And while nice enough, it was quickly clear that she had eyes for someone else. Even if she was a likely match, he’d never hold her.

Narumi, so sweet between the sheets for a fun time, had been scouted out by a Crane, and that had been a match that Pei Pei had been loath to break up.

Koi, whose flirtation had been a source of fun from the very beginning, who he could have seen happily married life with had instead been placed with Neeshin, the minor clan bushi that had edged him out consistently in events as the miai had wrapped up.

The brief sliver of hope that he might sway a match with the Topaz champion, a match that even if broken could have earned concessions? Nope. Not even close. And to a Mantis, of all things.

And now, as he stood, Kasuga Yoshi stood over a balcony in the Chisei district of Otosan Uchi, the imperial capital, the highest of arenas for politicking in the Empire. That hadn’t even been a manipulation, simply the strange friendship with Koi taking an unexpected turn. The attentions of Seppun Yuzu had resulted in a surprising promotion, and she had been allowed to bring him along as an assistant. Neeshin was a good samurai, and a solid bushi, but in this arena you needed people who were not afraid to get the hands discreetly dirty and Yoshi had no such qualms.

No, the slight hint of guilt was with the two newest members of the Tortoise. While it had been apparent that Aimi would choose to walk away from a match she didn’t like, that clear and hard position meant that her response was easy to read. It meant that if he set it up right, he could have leverage. Koi’s warning to be nice and help the young couple out gave him clear targets. Most at the miai were, to put it in the crass terms only a Tortoise (or Mantis) would think of, selling themselves for a future.

“But what if” a part of Yoshi’s mind whispered, “You could sell that future instead of yourself”

It hadn’t been hard. When asked for whom he felt the strongest match, including Aimi as a final choice hadn’t even been a lie. He would have been sufficiently happy had she chosen, against all his betting, to stay. With more favorable matches available for his other choices, that matchmaker had chosen to place the ronin with the Minor Clan famous for taking ronin. After the incident in the geisha house, Yoshi suspected the Deer would find it fitting.

At first, he had considered his earlier idea with Kakita Reina, to extract concessions to break the match, but that morning in the sake house it had been clear that Shiba Raizo had been just as willing to break away as Aimi. After that, it was positioning himself as a savior to their plight. A future, there for the taking. For the wanderer, a chance to see what really lay in the seedy underbelly or Rokugan, and what lay beyond. The cynical clan bushi was allowed to be who he wanted to, the need for appearances removed. If they had been strong-armed into the roles, they might have fought, but as an escape...well, they seemed happy enough, and Yoshi was not eager to sour their happiness.

Of course, that meant that Yoshi had left without a bride, buuuutttt…

Yes, it was a precarious situation. He was riding coattails, and authority gained this was was notoriously unsound. But power had always been ephemeral, and no one knew that quite like himself. He had made it through the first pass, and much more awaited beyond.

“New game. Get your dice.” Yoshi taps out his pipe and heads inside. It was a beautiful day to ruin someone else's.
Non-Human * Gamemaster * Headmaster of Hope's Peak Academy * Mastermind
Top
Post Reply
1 post • Page 1 of 1