The main characters of our story
Post Reply
37 posts 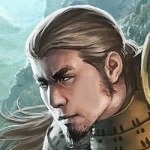 Visual impression
Matsu Ishioka almost couldn't look more like a stereotypical Lion samurai, especially when he's wearing armor and looks like any other Matsu soldier. Except he carries a genno into battle, which is its own interesting story. But anytime Ishioka is seen with his head uncovered, his stony, unreactive face is the striking feature. Especially given the stereotypes of Matsu bushi, Ishioka has a heck of a poker face and seems thoroughly unflappable. 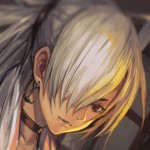 
Soyokaze is the second son of a Asahina lord of moderate station. Soyokaze would look taller and maybe handsome if he just carried himself with a bit of confidence but is only ever in his element when inside a forge, once there he shows a spark of the inner fire that seems to have been squeezed out of him at all other times.

Hooks:
Unique or Exquisite weapons.
The art of Kintsugi
Friendly discussion on the nature and temperament of kami.
Soba noodles and Eel

Senseki seems like the typical Sparrow, a kind but hardy man, honest and simple, hands calloused by hard work, a weathered wicker hat covering his sunburned face, clothes seemingly always covered by a thin layer of dirt, dry leaves or blades of grass, as if he had always just been working in the fields or returned from a walk through the wilderness. He is kind and calm, and although quiet, those who know him well know he's usually attentive to all that happens around him. The Sparrow's reputation for poverty follows him closely, but so does a fame for remarkable knowledge of plants and their uses. He seems particularly happy when doing the simplest things, and some say his stark honesty is only surpassed by his respect for life of all kinds. Those knowledgeable about rock gardens may recognise him as one of the descendants of a relatively well-known master of the art from around 60 years ago, Suzume Zuki. 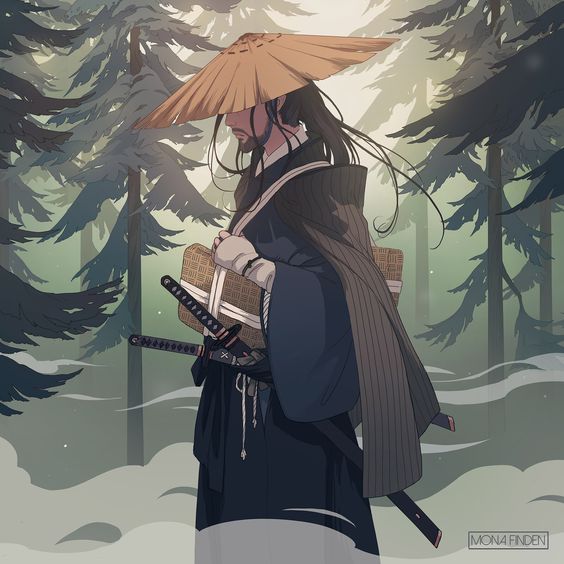 Description:
Kasumi's apperance is normal, if well cared for. Except for the obvious sun tan she has. Oh, and all the rich, gold and pearl baubles she likes to wear everywhere. The girl be loud, is what she's saying.

Oh, and she also has a parrot 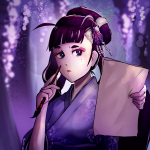 Hair: Black, with a white strand

Father: Kaikoga Aki. 56 years old. A lord well known for his soft hearted administration. His lands are poor, but his subjects live well and love him for it.

Mother: Kaikoga Hijiri. 46 years old (deceased). She married from the Crane into the Moth clan. She died of a mysterious illness (some say curse) shortly after giving birth to Fujiko.

Sister: Kitsuki Misato. Married into the Dragon. Died during childbirth at age 19.

Sister: Kaikoga Chihiro. A dreamweaver. Her spirit was lost in Yume-do at age 20.

Fujiko is the last remaining child of lord Kaikoga Aki. A sickly beauty, she is rarely seen in public, but she is rumored to be a painter with few equals, although only few of her artworks have been seen outside of the walls of his castle, where she is employed as court artist. As her father is blind and her talents lie in the visual arts, this is a rather obvious ploy to keep her safe.


She suffers from an unknown disease, which sees her stuck in bed most of the time. It is a good thing her clan’s shugenja need to dream and paint, as she probably wouldn’t have passed the trial of her Gempukku otherwise.


It is unknown why her father has sent her to Omiai after keeping her inside for most of her life.


She missed the first day, as her illness acted up just before she was about to leave. 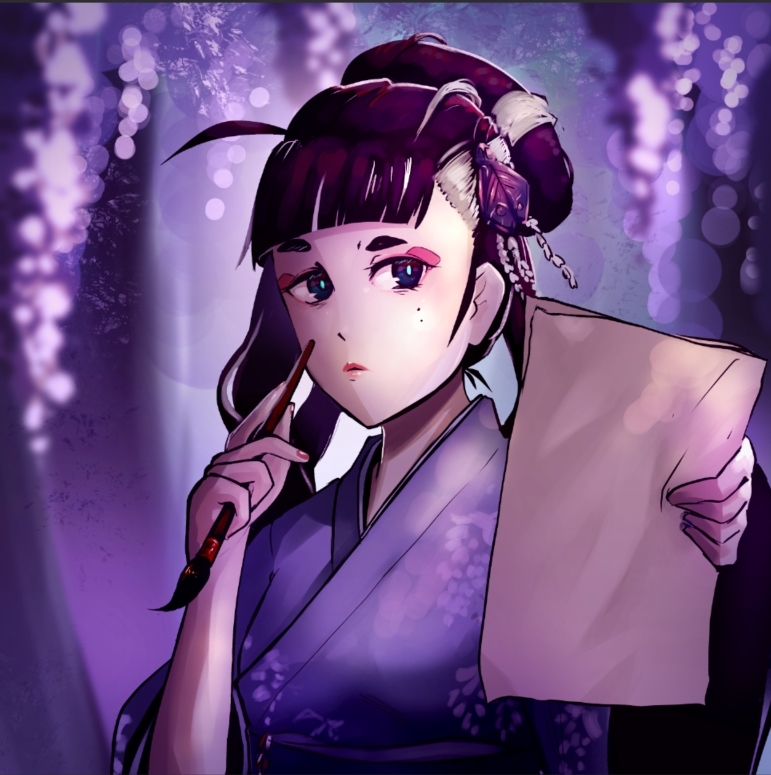 - Are you a wallflower? Me too! We’ve got so much in common, we should stand apart and look to the side awkwardly!

- If you looked it up, she’s distantly related to the imperial family and from a minor clan. An easy way to improve the peerage of your future children.
Last edited by Kaikoga Fujiko on Mon Aug 09, 2021 6:04 pm, edited 1 time in total.
Moth clan
44 Glory ¦ 52 Honor ¦ 35 Status
Wears an moth themed opal hair ornament
Looks sickly (incurable illness) and awkward (meekness)
Top

A multitalented bushi of the Otter who does his best despite the fact that he is missing his right arm from the shoulder on, Tadasu is unusually gregarious for someone so afflicted. He typically has a friendly smile and kind word for those that he meets, even those who might otherwise be seen as less acceptable by normal Rokugani. This demeanor quite regularly follows up with an invitation to a meal, which he often prepares himself (scandalous!). He does have something of a chillier reception with most shugenja, but nothing impolite...simply less aggressively friendly. 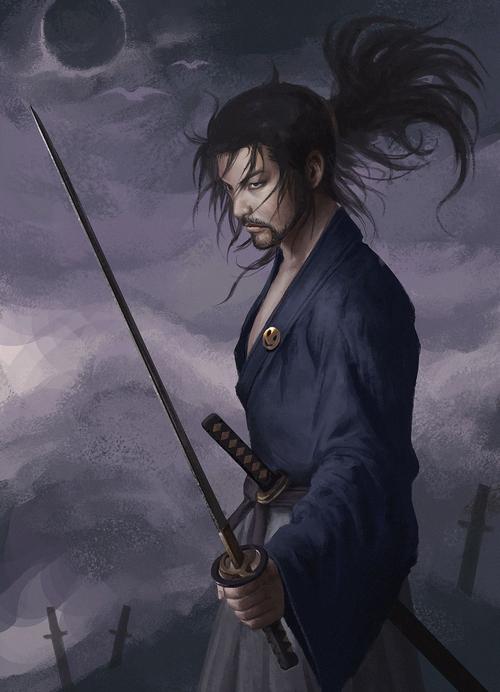 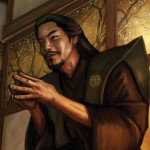 Akimoro is a swiftly-rising star in the courts of Rokugan - and he's visited several of the more important ones. The scion of a line that is distantly related to the Imperial line itself, this member of the kuge was born to be a major player, and he's not shy of reminding people of that fact. He's arrogant - a quality common among his kind - but generally well-meaning. He'll do his best to help someone who's not used to the refined ways of the "true nobility", but at the same time can't quite help but sound more than a little patronizing...

- Why does this Otomo wear a full daisho? Does he know how to make proper use of it?
- Want to attach yourself to someone who's going places? Now's your chance!
Imperial • Courtier
Glory: 43, Honor: 20, Status: 50
Wears a chrysanthemum-shaped charm on his katana's scabbard. Sly, smirking jackass.
Top
Post Reply
37 posts

Return to “The PCs”